Students from schools throughout Los Angeles made 1000 origami cranes with their best wishes for Japanese children in the wake of the tsunami. Project 1000 Cranes embodies hope for health, happiness and recovery for the children of Nagoya’s adopted city of Rikuzentakata in the disaster area. 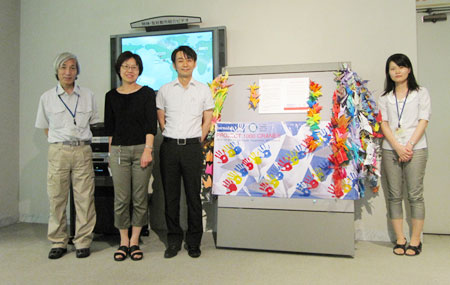 Over 100,000 people viewed this exhibition. To mark the second anniversary of the tragedy, the Los Angeles/Nagoya Sister City Affiliation (LANSCA) “flew” the cranes to Nagoya in April 2012. Project 1000 Cranes were on display in Nagoya in June 2012 before the display was sent to Rikunzentaka in the disaster zone.